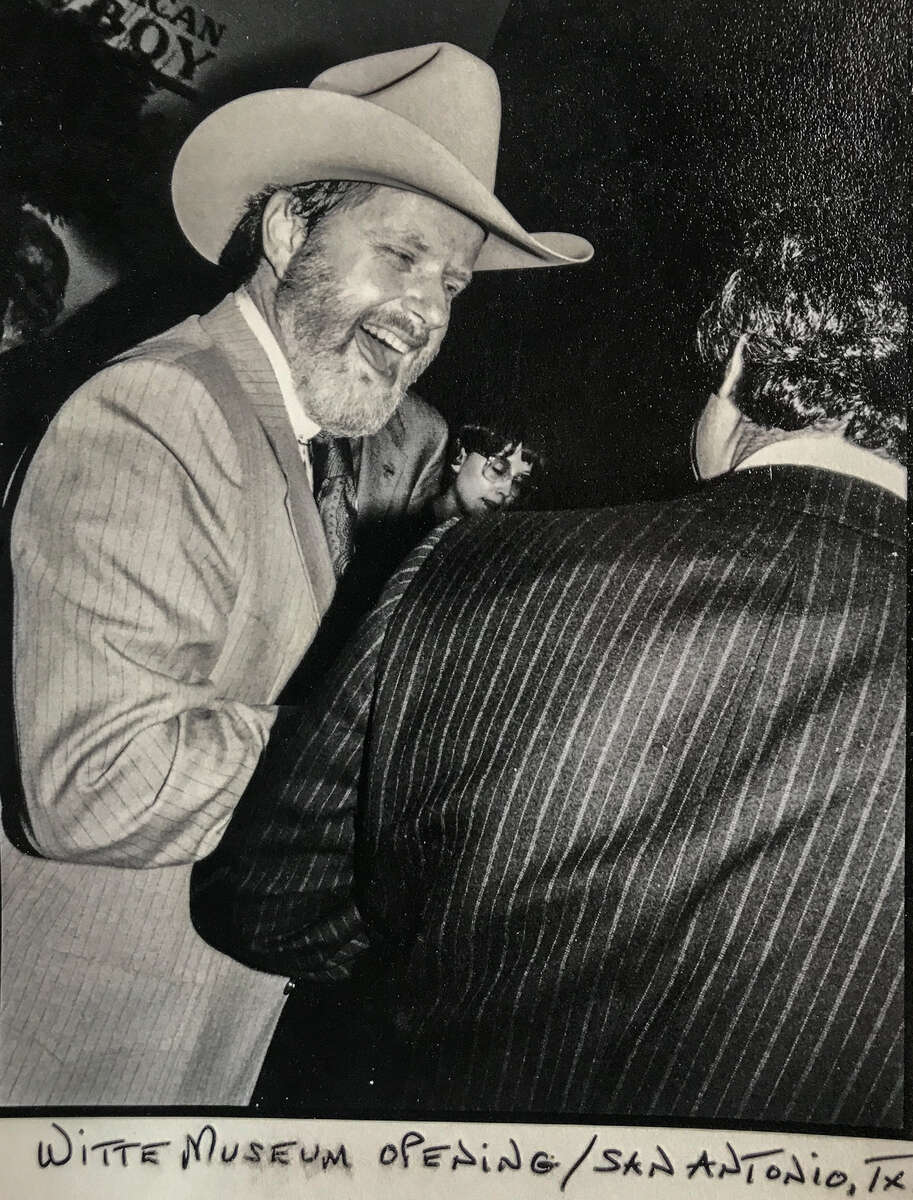 was unyielding and drove many a photo lab technician mad. He used Minolta cameras and the company was one of his biggest advocates and supporters.

Bank’s personality was larger than life. To call him exuberant would be a gross understatement. One writer described his encounter with Bank this way, “A talk with Bank Langmore on photography is like an intensive session with a wonderfully voluble, wheeling-dealing Photo Lab Index with bandana and boots, and you emerge as after a physical workout but sparked with enthusiasm and bubbling over with new ideas.” All that knew him would laugh at the accuracy of that description. But sadly, that enthusiasm was in some part driven by mental issues that afflicted him most of his life. Ultimately that “voluble” personality cost him his marriage and prevented him from sustaining his career as a photographer.

But Bank’s passion and love for Dorothy, his children and grandchildren, photography and the working cowboy never faded. He was beloved and respected by a vast network of friends that ranged from working cowboys to ranch owners, and photographers to University Presidents. Bank Langmore left a lasting legacy with his beautiful photography as well as his son and daughter, and his three grandsons, Milo, Jordan and Grant. He will be missed by all those he left behind, but, any sadness is tempered by knowing he is at last reunited with his beloved, Dorothy, and his son, Will.